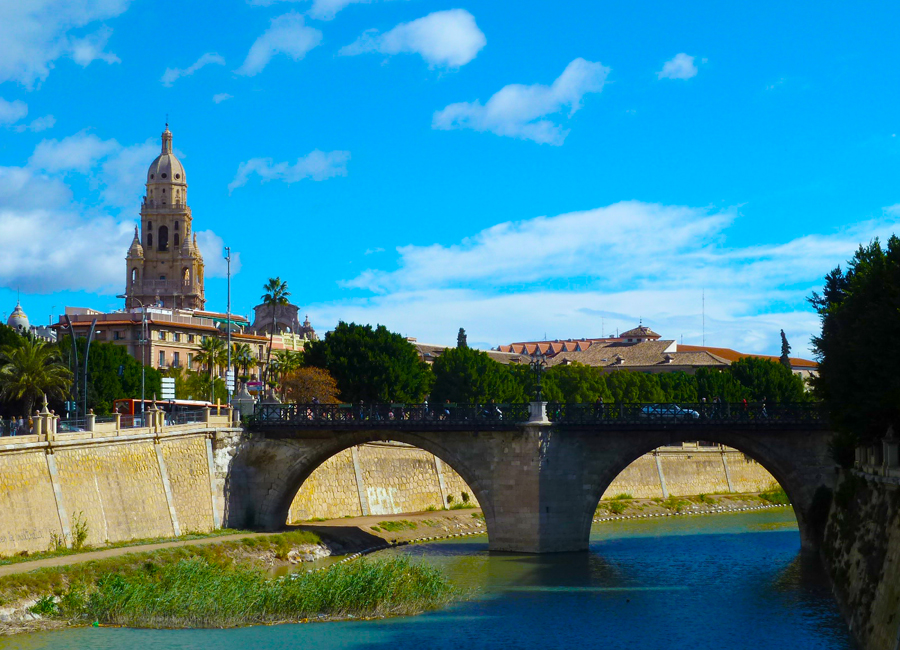 Murcia is a city in south-eastern Spain, the capital and most populous city of the Autonomous Community of the Region of Murcia, and the seventh largest city in the country, with a population of 442,573 inhabitants in 2009 (about of the total population of the Region). The population of the metropolitan area was 689,591 in 2010. It is located on the Segura River, in the Southeast of the Iberian Peninsula, noted by a mild climate with hot summers, mild winters, and relatively low precipitation. Murcia was founded by the emir of Cordoba Abd ar-Rahman II in 825 AD with the name Mursiyah مرسية and nowadays is mainly a services city and town. Highlights for visitors include the Cathedral of Murcia and a number of baroque buildings, renowned local cuisine, Holy Week procession works of art by the famous Murcian sculptor Francisco Salzillo, and the Fiestas de Primavera (Spring Festival). The city, as the capital of the comarca Huerta de is called Europe’s orchard due to its long agricultural tradition and as , vegetables and flowers producer and exporter.